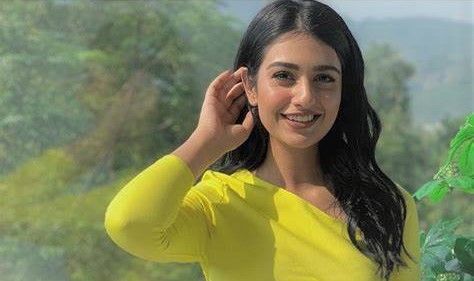 Sara Khan was born in the Indian city of Bhopal on August 6, 1989. She graduated from Bhopal High School and joined in Mumbai University to pursue her education. Sapna Babul Ka Bidaai, a daily soap, was her first television appearance. On Madhya Pradesh Doordarshan, she has hosted three programmes. Sara has also hosted the Sony TV show Dance Premier League. She has received numerous honours for her outstanding acting abilities, including Miss Madhya Pradesh in 2007, Best New Talent in 2008, and STAR Parivaar Award for “Best Patni” (Best Wife) in 2009.

Sara Khan married her Bigg Boss Season 4 co-contestant Ali Merchant in 2010. The two gained notoriety for their on-screen chemistry and even married on camera. However, they divorced after only two months of marriage, prompting some to dismiss their wedding as a publicity stunt. The couple was also rumoured to have been offered $5 million (US$66,000) for their marriage on the reality show.

She made her television debut in the Star Plus serial Sapna Babul Ka…Bidaai as Sadhna and has since participated in over 25 daily dramas and reality series. Sara has been in a number of television reality shows, including Nach Baliye 4, 10 Ka Dum, Bigg Boss 4, Nach Baliye 6, Comedy Classes, and others. The youthful 25-year-old actress rose to fame after playing in TV series such as Nach Baliye Season 4 and Bigg Boss Season 4. She was the first Bigg Boss contestant to marry. Her husband Ali Merchant, on the other hand, divorced her in two months after the couple became embroiled in scandals after the programme finished.

She also starred in Season 2 of Box Cricket League and in the Pakistani drama Yeh Kaisi Mohabbat Hai. She also has a show on Colors TV called Kavach…Kaali Shaktiyon Se. She won Indian Telly Awards as well as the Dadasaheb Phalke Award. With Dark Rainbow, she made her film debut (2013).

She began her career as an anchor for Doordarshan Madhya Pradesh and ETV, and in 2007 she was crowned Miss Bhopal.

She took part in the digital reality programme “Lock Upp” in 2022.

Her total net worth is estimated to be between 12 and 15 crores.