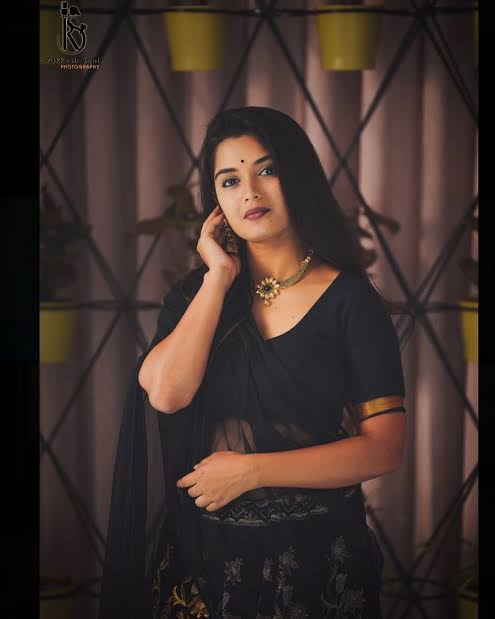 Priyanka Jain is a south Indian actress and model. She mainly works in Telugu and Kannada industries. She is followed and loved by many people on social media.

Priyanka was born on 2nd July 1998 in her hometown Mumbai. Her full name is Priyanka M Jain. She lives with her parents and sibling.

She did her primary schooling at Shri N K S English High School, Banglore. Priyanka had a great interest in acting since childhood. Then she was admitted to Jain college, Banglore, to complete her further studies.

She became very famous after she played the role of ‘Ammulu’ in the TV serial “Mouna Raagam”.

Priyanka has also been featured in many short films. Short films in which she was featured were “You Got Me Girl”, “Sharadhi Arya Ne Nin Saati”, “Sitara”, and “Soch/Heer”. She did other movies like – “Vinara Sodara Veera Kumaraa” and “Yevadu Thakkuva Kaadu”.

Priyanka shares a beautiful bond with her parents and sibling. Her father’s name is Manoj S Jain. Her mother’s name is Falguni Jain. She has one younger brother. His name is Jenil M Jain.

Now we talk about her relationship. She is cuurently dating Prathik.

Priyanka earns a good amount of money. Currently, her net worth is 5-10 Million. Her primary source of income is Modeling and Acting.

Some facts about Priyanka