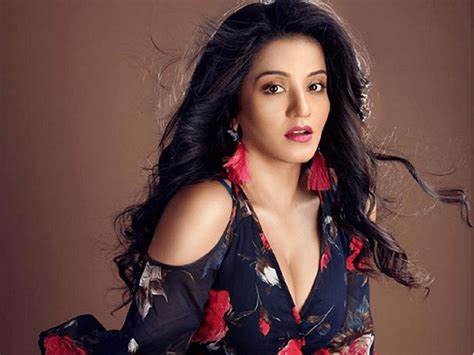 Antara Biswas, better known by her stage name Monalisa, is an Indian actress who was born on November 21, 1982. She has primarily worked in Bhojpuri films, but she has also appeared in Hindi, Bengali, Odia, Tamil, Kannada, and Telugu films. Antara appeared on the Indian reality show Bigg Boss 10 in 2016. She is also known for her role as Mohana Rathod in the television series Nazar. Also, she starred as Iravati Verma in the Colors TV series Namak Issk Ka from 2020 to 2021.

She took the stage name Monalisa at suggestion of her Uncle. She attended Julien Day School in Elgin Road, South Kolkata, and earned a BA in Sanskrit from the University of Calcutta.

She started her career in a number of low-budget films before making her Bollywood debut in Blackmail. She then went on to act in South Indian films before becoming known for her role in Tauba Tauba.

Later she moved to the South and appeared in films such as Jackpot, Encounter Dayanayak, Vathiyar, Silambattam, Boni, and others. Later in 2008, she made her Bhojpuri debut with the film “Bhole Shankar,” and she quickly rose to become one of the most prominent Bhojpuri actresses. The actress has been in a number of films and has demonstrated her acting abilities to the public. She appeared in the Kannada film Jackpot in 2006.

She is a well-known figure in the Hindi television industry, as well as Bhojpuri, Tamil, Telugu, Kannada, and Bollywood. Monalisa made her television debut as a participant on the reality show Bigg Boss 10 in 2016.

She worked in a number of shows after that, including Comedy Nights Bachao, Nach Baliye 8, Divya Drishti, and others.

Monalisa was the most sought-after actress in the Bhojpuri film business in 2010, according to The Hindu.

She then appeared in the Bhojpuri Film Dulhan Chahi Pakistan Se 2 in 2018. In 2020, she appeared in Namak Issk Ka as Iravati Verma.

In the next year, she again made an appearance in Ankahee Dastaan-Nazar as Mohana Rathod. As a result of this series, she rose to fame.

She and her husband, Vikrant Singh Rajpoot, appeared on Star Plus’s Smart Jodi in February 2022.