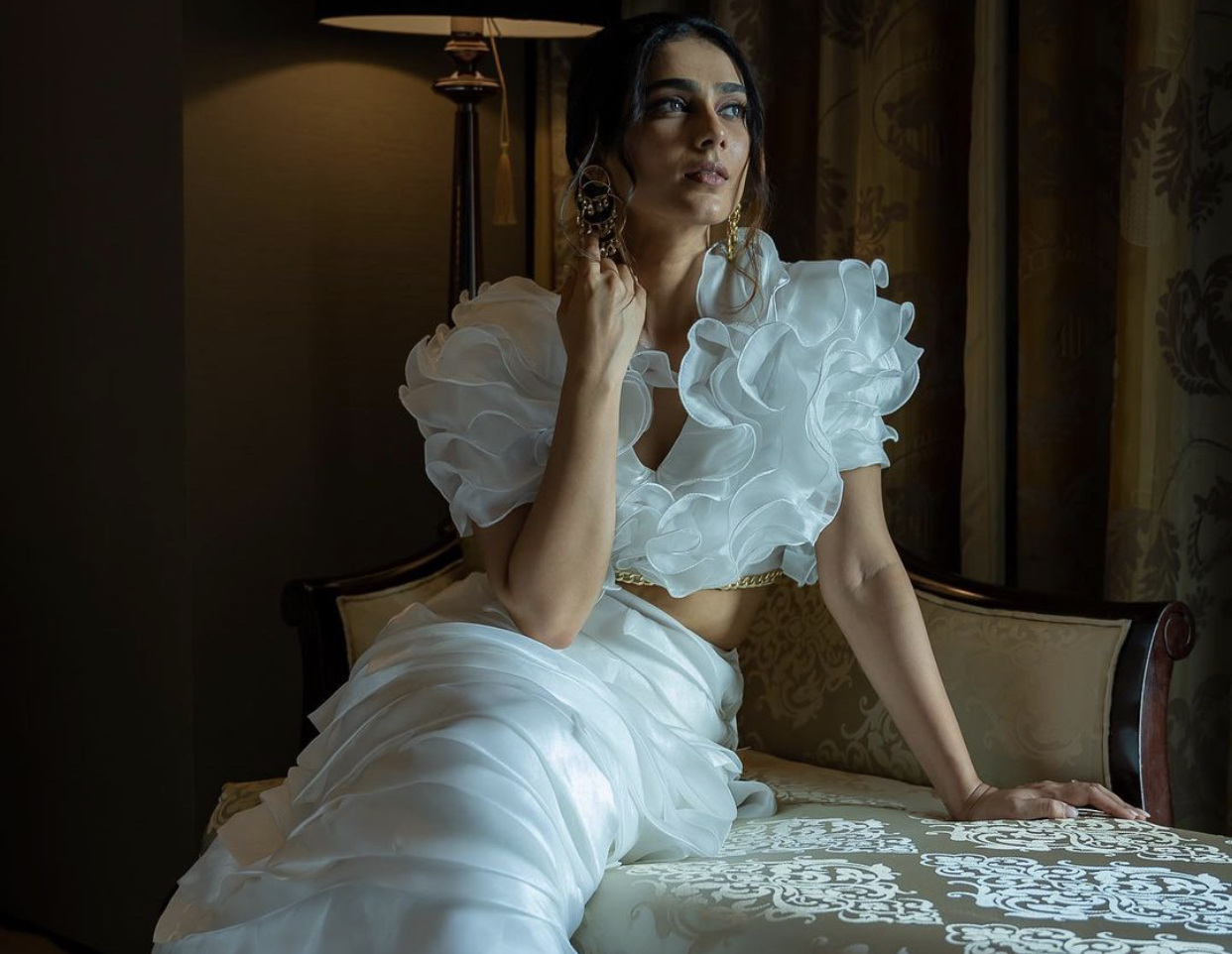 Aakanksha Singh was born on 30 July 1990. Her birthplace is Jaipur, Rajasthan, India. Her mother always wanted her to choose acting as her career. Because her mother was also a theatre artist. Moreover, She has a sister named Chayanika Singh.

Aakanksha first began her career in 2012 as a lead actress named Megha Vyas in the TV show Na Bole Tum Na Me kuch Kaha. After appearing in this TV serial, She also subsequently appeared in the sequel season of the show. Afterward, in 2017, Akansha debuted in the movie Badrinath ki Dulhania as Kiran. She has also been part of the entertainment-based reality show Box Cricket League for team Ahemdabad Express.

Then, in 2015, she was seen as a guest in a dance reality show, Nach Baliye, season 7. This show was also aired on the Star Plus channel. Later, Aakansha also worked in the TV mini-series Gulmohar Grand and Aashim Gulati, and Gaurav Chopra.

Afterward, in 2018, she appeared in her second Telugu film Devadas.

In this movie, she also worked along with Nagarjuna. Again, in The same year, she appeared in two short films, Methi Ke Laddoo and Qaid. Aakansha also appeared in a Kannada film named Palawan in 2019. Then, in 2021, she appeared in the Telegu series called Parampara, which aired on Disney+Hotstar. She also made her Tamil debut in 2022 with the Tamil-Telugu Film named Clap. She next appeared alongside Ajay Devgn in the Hindi film Runway 34.

Aakansha will next be seen in the Telugu film Meet Cute, an anthology produced by Nani.

Aakanksha Singh got married to Kunal Sain on 7 December 2014. The couple got married in Jaipur by Rajasthani customs, in the presence of close friends and family members. Kunal Sain is also a marketing professional. They are happily married and living up a beautiful life today.

Some interesting facts about Aakansha Singh